Billy Tewesa who was fires as  Bullets Technical Director alongside coach Franco Ndawa on Monday following the team’s uncharacteristic start to the Malawi’s flagship league title defence will not take it lying down. 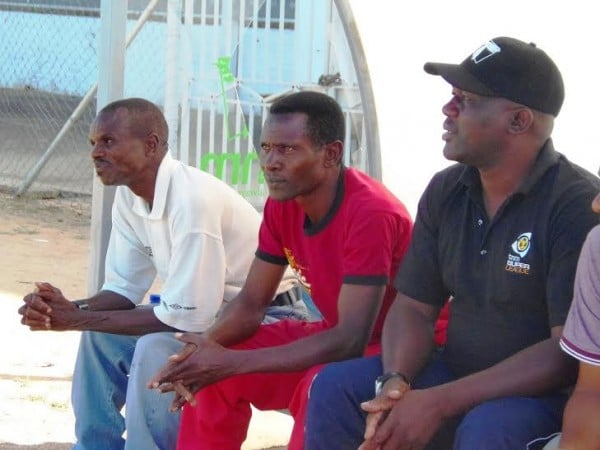 Out of Big Bullets technical panel: Tewesa on the right

Tewesa claimed that he was not bitter after the dismissal but well placed sources within the Bullets set up said he is intending to take the team to task over services rendered to the team.
Among others Tewesa would like to claim what he only termed his investment but it remains to be seen how he will justify it with a club that has  poor record keeping.
The bullish, flamboyant and times controversial Technical Director said he invested in the team. This was revealed information made its round on social media that Bullets have reversed the decision to sack him.
“It’s not true that Tewesa has been reinstated but the fact is that he has threatened to take the team head on claiming that he invested a lot in the team,” said the source.
Bullets relieved Tewesa of his services arguing that it was surplus to requirements and a drain on scare finance resources following the team’s poor run of form which has seen it finishing sixth in the first round and booted out of Carlsberg Cup.